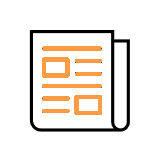 Winter Is Coming: What Claims Can Employers Expect in a COVID-19 World?

With the advent of Spring, we are instinctively hopeful for what lies ahead. But for those who deal in workplace claims, we all fear what lies ahead for us. Due to the COVID-19 pandemic, employers will likely see an increase of claims in response to either layoffs or due to COVID-19 related illness itself. In fact, some claims are already manifesting.

COMPENSABLE CLAIMS FOR COVID-19: The General Rule and the Exception

Generally, when employees get the common cold, seasonal influenza, or other common communicable illness, it is considered a non-occupational disease since the general rule is that they do not “arise out of employment.” This rule is predicated on the difficulty of determining causation due to the uncertain etiology of widespread viral, bacterial, and other pathological organisms. (See generally Latourette v. WCAB (1998) 17 Cal. 4th 644.)

One of the exceptions to this rule is when one’s employment subjects the employee to an increased risk compared to that of the general public. For example, when a salesperson contracted San Joaquin Valley fever (a respiratory illness caused by a mold or fungus found in the soil in the San Joaquin Valley and Arizona) during his business trips to those areas, the Court found that it was reasonable to conclude that had the employee's duties not taken him to the endemic area he would not have contracted the disease. (Pacific Employers Ins. Co. v. Industrial Acci. Com. (1942) 19 Cal. 2d 622.) They reasoned that the risk the salesperson was subjected to by his employment was not the same as that of the public since most of the locals already possessed an immunity to the disease that a traveling salesperson would lack.

In comparison to Pacific Employers, with COVID-19, it is a pandemic with unreliable testing and tracking of a virus spreading globally across a population with no known immunities, so clearly the concerns are not going to be limited to one particular geographical area. However, undoubtedly, the concentration of the reported exposure in a particular area is going to be a factor discussed in what we would envision would be a similarly structured “increased risk” analysis.

But beyond geographic concentration, the specific occupation and type of employment operations will be the primary focus on what posed an “increased risk.” In our mind’s eye, we can all visualize those still operating in the outside world (those still operating “essential work”) and believe that we can all articulate an “increased risk” argument. Think about anyone in hospitals, medical care workers interacting with the public health, postal service and parcel service delivery and handling, transportation, grocery stores, drug stores, restaurants, public safety employees, essential skilled trades workers such as electricians and plumbers, construction workers, public utility and sanitation workers, mechanics—the list goes on. To varying degrees, generally anyone who continues to work in “essential” businesses and operations, particularly those who interact with the public, will argue that they were at “increased risk” and thus, may qualify as an exception to the general rule that viruses are a non-occupational disease. And work from home employees are not barred from claims, a subject which we will cover soon.

A Word on “Presumptions”

Sick workers and their representatives already see a tall order in proving industrial causation—even if they can establish prima facie evidence of being an essential worker, (such as a nurse), with increased risk of exposure. The tall order is that arguments still need to be made, evidence and facts need to be gathered, and rulings on compensability will need to be rendered, all of which takes tremendous time and money.

The United Food and Commercial Workers and other labor groups reached out to the California Applicant’s Attorney Association (CAAA) to urge Governor Gavin Newsom to issue an executive order, declaring a workers’ compensation presumption that a COVID-19 exposure or positive test is employment-related for essential workers.

CAAA stated that “…to enact a conclusive presumption rather than rebuttable presumption to cut through litigation and red tape for ALL of the workers that continue to work during this crisis and are therefore exposed to COVID-19 on a daily basis.” Some of you know that public safety officers such as police and firefighters already have such codified presumptions in the California Labor Code (i.e. hernias, cardiovascular, respiratory, cancer, psyche), due to the nature of their jobs and the inherent exposure. However, these presumptions are rebuttable.

With COVID-19, the labor advocates are seeking a conclusive presumption (not a rebuttable presumption), which is akin to automatic compensability. The Governor has not issued the sought executive order, nor is there indication that he will. Surely, this will be a tough subject for the legislative branch to debate.

Without presumptions, we not only have to examine whether the employee is an “essential worker” in an increased risk occupation, but we have to examine the particular safety factors, or lack thereof. First, a lack of personal protective equipment (PPE) for health care professionals and essential workers is a huge issue that we are all acutely aware of. Fair or not, an employee will most certainly argue that the employer’s (or the government’s) failure to stock or provide the materials was a contributing causal factor to increased risk.

Did that employer have a solid Injury and Illness Prevention Program, one which implemented measures to prevent or mitigate COVID-19 risks compliant with standard set forth by the Centers for Disease Control and Prevention? One that would make Cal-OSHA proud? And did this employer fully comply with State and local government health and safety orders? Again, fair or not—as employers were scrambling and doing their best in the fog of war— employees will undoubtedly be presenting arguments critical of employer’s prevention efforts, to suggest an increased risk of exposure.

Due to the scale of the pandemic and extraordinary impact, it seems inevitable that employees will find ways to overcome the general rule that viruses are non-occupational diseases. But it’s not that simple; and there will need to be a case-by-case cost-benefit analysis, including an honest examination of whether there was an “increased risk” and how safe the employees actually were, per the above analysis. From an employer or claims handling perspective, understanding these risk factors should help in the threshold discussions regarding compensability.